A library was established at New College’s foundation in 1379.

Explore our Rare Books Gallery to view some of the visual highlights of our rare book collections, and watch our video series ‘Curators’ Choice’.  An account of New College’s history since the College’s foundation in 1379 is also available.

Notable among the Library’s extensive early printed book collections are:

All of our early imprints have been catalogued and can be searched via our catalogue, SOLO.  Catalogue entries for our antiquarian material have copy-specific notes (i.e. information about provenance, binding, imperfections, and other details), and these are continually updated as more information comes to light.

Relevant early printed holdings of New College Library within the scope of the English Short Title Catalogue (ESTC) can also be found via this union catalogue (items published between 1473 and 1800, mostly in English and mainly published within the British Isles and North America).

New College Library’s exceptionally fine collection of incunabula is included within the Incunabula Short Title Catalogue  (ISTC).  Almost all New College Library’s incunables are also helpfully listed in: Dennis E. Rhodes, A Catalogue of Incunabula in all the Libraries of Oxford University outside the Bodleian (Oxford: Clarendon Press, 1982).  Many of the Library’s incunables are included within the Gesamtkatalog der Wiegendrucke, which provides greater detail about copies than the ISTC but is currently less comprehensive in its coverage.  Work is also in progress to create entries for the Library’s incunables in the Material Evidence in Incunabula (MEI) database, a project which enables tracking of the movement of books across Europe and through the centuries.

The Library is fortunate to hold as many as c. 400 medieval manuscripts.  Indeed, New College Library, of all Oxford’s medieval colleges, has the largest collection of manuscript books remaining in situ—more manuscripts survive from the medieval library of New College than from that of any other Oxford or Cambridge college.  The College’s founder, William of Wykeham, Bishop of Winchester gave nearly 250 manuscript books, covering theology, philosophy, canon law, and civil law, of which about thirty survive.  Most of the Library’s manuscripts are in Latin or Greek but the wide range of languages covered by our manuscript holdings also includes: Arabic, Armenian, Burmese, Dutch, English, French, Hebrew, and Syriac.  Explore our Manuscripts Gallery to view some of our remarkable manuscript treasures, and watch our video series ‘Curators’ Choice’.

It should be noted that manuscripts cannot be listed on SOLO.  Most of New College Library’s medieval manuscripts, however, are listed in: H. O. Coxe, Catalogus codicum MSS. qui in collegiis aulisque Oxoniensibus hodie adservantur (Oxford: Oxford University Press, 1852).  This catalogue is out-dated and incomplete, but an online version of Coxe’s Catalogus codicum MSS. Collegii Novi does provide a helpful, if brief and partial, searchable guide to most of the Library’s manuscript holdings.

A comprehensive new catalogue of our manuscripts is currently being compiled, and sample entries are available to be viewed.

An excellent online glossary of terms relating to illuminated manuscripts is available from the British Library.

All enquiries about accessing the Library’s early printed books (pre-1850) and its manuscripts should be made to the Librarian:

As none of this material is stored in the main library, unfortunately “same-day” service is not possible.  Access to these volumes will be by appointment only; provision is limited, so please contact him as far in advance as possible. 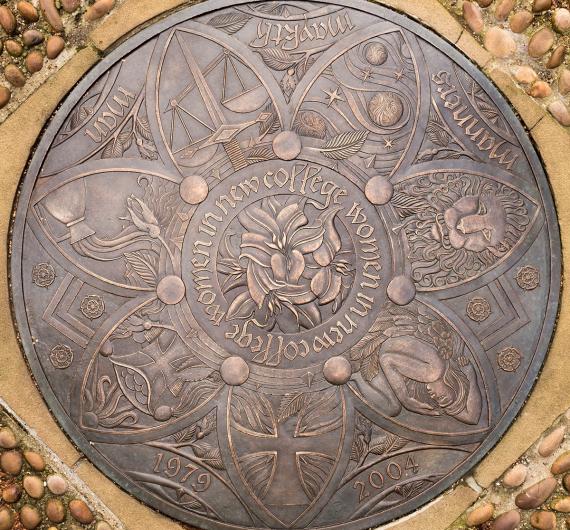