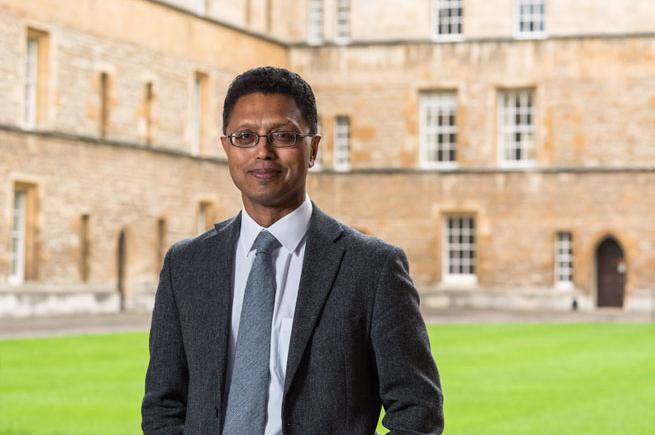 Masud is Professor of Neurology and Cognitive Neuroscience at the University of Oxford, where he also holds a Wellcome Trust Principal Research Fellowship. His research group spans the Nuffield Dept of Clinical Neurosciences and the Dept of Experimental Psychology. He is lead for the Neurological Conditions theme of the NIHR Oxford Biomedical Research Centre.

Masud was inspired to pursue a career in Neuroscience and Neurology during his time as a medical student at New College (1981-84). He obtained his DPhil in Physiological Sciences at Oxford (1987) and went on to hold a Harkness Fellowship at MIT. On returning to Oxford he completed his clinical training (1991) before embarking on postgraduate training in London.

New College has been an inspiration to Masud ever since he first entered the grounds by mistake in 1980 on an awkward visit to find out about Oxford. It turned out not only to be one of the most beautiful colleges in the University but also a fantastic setting in which to learn – and now to teach in.

Masud and his research group study: