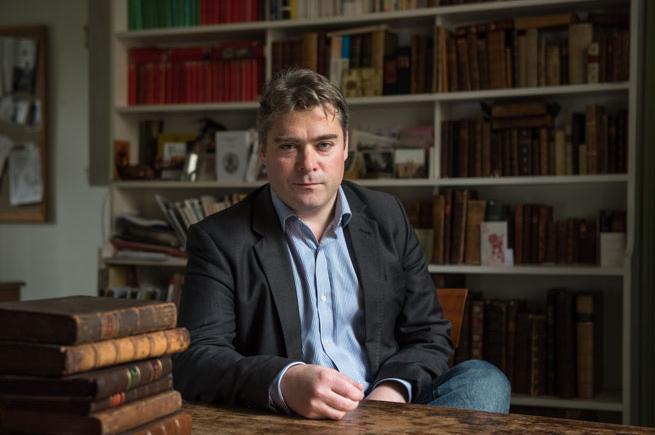 For the college, at undergraduate level I teach all aspects of English literature c. 1500-c. 1830. At the graduate level, I have taught palaeography, and supervised and examined several doctorates in and beyond Oxford in both English and History. I am also the Fellow Librarian. I run the termly New College Conversations, and am one of the two college trustees for the annual college Reading Party in the Alps. I also edit the college library’s journal, New College Notes. I am a Fellow of the Society of Antiquaries (2015), and a Fellow (governor) of our sibling in Winchester, Winchester College (2015). I have always valued New College for its cultivation of scholarship and scepticism.

My research lies in the field of early modern studies, specifically:

My specific current projects are:

• Early European sinology, c. 1580-c. 1740
• Oxford books and book economy from c. 1580 to c. 1700,
• The Scottish Neo-Latin poet Peter Goldman of Dundee (1587/8-1628) and his times
• The shelf-lists and benefactors register of Oxford’s Anatomy School Museum, c. 1630-1780
• The early seventeenth-century Oxford academic play The Sophister/ Fallacy
• An edition of the correspondence of experimental philosopher Robert Hooke
• A co-edited edition of the correspondence of the antiquary John Aubrey

I have published around a hundred articles or chapters for learned journals or collections. I am also, with James Willoughby of New College, the co-editor of the Bibliographical Society’s journal, The Library, which appears quarterly. A dozen books or editions from the last decade are: