Like all other Colleges, we award Scholarships and Exhibitions to a proportion of our undergraduates. These are awards presented in recognition of outstanding academic achievement.

They are normally made at the end of the first year of a student’s course, and take into account performance in University examinations.

Further information can be found on the choral awards and organ scholarships pages.

New College participates in the Reach Oxford scheme which allows students from developing countries to study for undergraduate degrees at Oxford.

The Taylor Bursaries (of up to £5,000 per annum) were established by the gift of Mr Bernard Taylor, restorer of Rycote Park and Chapel, the original home of Lord Williams. They are available to support students of Lord Williams's Thame or any publicly funded state secondary schools in the historic area of South Oxfordshire who study at the Universities of either Oxford or Cambridge. The bursaries are designed to help women and girls* who study STEM subjects (Science, Technology, Engineering, Maths).

Application forms can be obtained from admissions@new.ox.ac.uk

*all those who identify as a woman, or whose identify includes woman

The Anthony Wood Bursaries* (of up to £5,000 per annum) were established by the gift of an alumnus of Lord Williams's School, Thame. The donor's intent is to help students from Lord Williams's, Thame or other publicly funded secondary schools in the historic area of South Oxfordshire to attend New College, or other colleges at the University of Oxford.

Application forms can be obtained from admissions@new.ox.ac.uk

*The Anthony Wood Bursaries are named after the distinguished Oxford historian and antiquary, Anthony Wood, who attended both New College School and Lord Williams's School, Thame.

New College offers a variety of grants are prizes to its current students. Some are listed below.

The Boyer prize is awarded annually at the end of Trinity Term to the New College student with the best performance in second year (Part A) University examinations in Mathematics (including Joint Schools). The prize value is £130. There is no separate application for this prize; candidates are selected by the Warden & Tutors' Committee on the recommendation from subject tutors.

The Colgate Literary Prize is awarded annually at the end of Trinity Term to undergraduate students in receipt of Oxford Opportunity Bursary who achieve excellence in literature in English, Classics or Modern Languages. The total value of the award is £500, and it is funded by a generous benefaction from an Old Member of the College. The award is sometimes split between two students. There is no separate application for this prize; candidates are selected by the Warden & Tutors' Committee on the recommendation from subject tutors.

In 1971 following a bequest from an old member, William Henry Horner Demuth (1920), the College established an annual prize for an essay on a designated scientific topic. This year’s topic is ‘Identify the greatest scientific development in your lifetime and explain its significance’.

The competition is open to all current undergraduate and postgraduate members of the college. The essay should not be more than 3000 words, excluding references and footnotes. If illustrations prove necessary, only original line drawings should be submitted. The closing date for submissions is Monday of 5th Week of Trinity Term 2017. The essay should be sent in hard copy and electronic form to the Tuition Office by the closing date.

The prize consists of £250 and the winning essay will be published in the New College Record (subject to editorial emendation). The prize will not be awarded if none of the submitted essays is deemed of sufficient quality. The prize will be awarded by the Governing Body on the recommendation of a suitably qualified assessor who will be looking for a striking and original approach to the topic which captures the imagination of the non-specialist while retaining scientific accuracy. The decision of the Governing Body will be final.

The College proposes to elect a FIRST YEAR UNDERGRADUATE to an Instrumental Award should a candidate of sufficient merit present him or herself. The award of £300 p.a. and tenable for three years, seeks to support a gifted instrumentalist in his or her musical study. In some years more than one award may be made. Holders of the award are expected to play a leading role in the College’s musical life.

Undergraduates wishing to enter the competition should inform the Academic Registrar of their intention no later than 1 October. A detailed timetable will be issued following the receipt of applications. A competition will be held during the afternoon of Friday of Week 1.

Candidates will be expected to play a piece of instrumental solo music of between five and eight minutes’ duration. The provision of an accompanist will be the candidate’s responsibility. The minimum level of attainment will be Grade 8 (Associate Board). Any instrument encountered in conventional orchestral or chamber scores is acceptable, including the organ and piano.

The Karen Thornton Memorial Prize is awarded for the best performance in Honour Moderations examination in Mathematics and Joint Schools. The prize value is £100. There is no separate application for this prize; candidates are selected by the Warden & Tutors' Committee on the recommendation from subject tutors.

The Nick Roth Travel Award (worth £500) is in memory of former undergraduate, Nick Roth, who died in an accident whilst travelling in South America. The Morris Long Vacation Travel Grant (worth £1000) is generously funded by an Old Member of the College. Both awards are advertised at the beginning of Trinity Term each year, and the submission date is Monday of Week 5 of that term.

To apply, current undergraduates are invited to submit details of a travel project which should include: destination, what the purpose of the project is, and what the academic merits of the project are. Please also include the details of your course and year of study with the application. Applications will be considered for both awards unless applicants make it clear they are applying only for one. The holders of the awards will be expected to write a report of their experiences after the trip.

The China Travel Awards (worth up to £1000) support New College students who are planning to travel to mainland China during their vacations. To apply, current students are invited to submit details of a travel project which should include: destination, what the purpose of the project is, and what the academic merits of the project are. Please also include the details of your course and year of study with the application. The holders of the awards will be expected to write a report of their experiences after the trip.

A grant of £50 in each year of study is available for each undergraduate studying Fine Art. This award will be made automatically during Hilary Term. An additional award of £300 is made to Fine Art students in their final year of study.

Fast Track is a year-long, fee-paying programme of courses in Arabic, Chinese, French, German, Italian, Japanese, Russian and Spanish offering a Certificate of Achievement on successful completion. The programme is designed for those who are looking for a small, stable class (average 12) of highly motivated and well-organised language learners, willing and able to put in substantial time and effor to making rapid progress in the target langues. New College has agreed to reimburse half of the Fast Track fees for undergraduate students on successful completetion of the course. If you wish to seek reimbursement, please email tuition@new.ox.ac.uk.

How are Scholarships/Awards paid?

Your scholarship will be paid direct to your Battels account in either quarterly/termly payments or in full depending on the type of Scholarship/Award. If this results in a credit balance on your account it will then be refunded to you bank account details held in Checker.  Please ensure you update Checker with your bank details to receive prompt payment of any credit held.  If you are on the New College site you can access Checker by  connecting  to Newcwifi or via Ethernet. Off site or if you are using Eduroam you will need to connect via the University VPN. Payment runs are made during First Week, then mid and the end of each month. 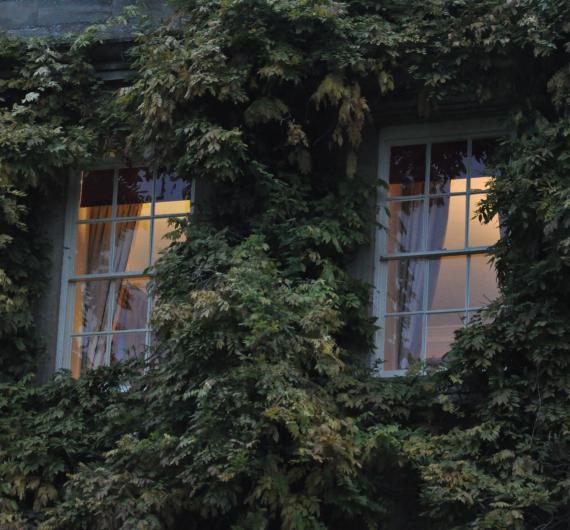