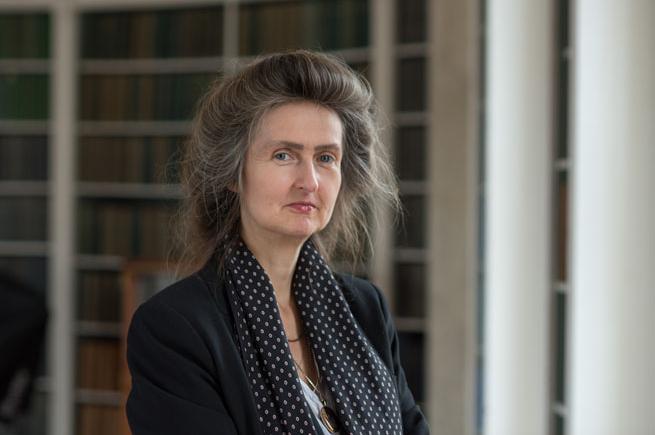 Jane has been at New College since 2003.  Before that, she held a Prize Fellowship and Post Doctoral Fellowship at All Souls.  She is interested in most aspects of Greek literature, but her publications to date have concentrated on Hellenistic and imperial literature, both poetry and prose.  Interests in the religions, art, and archaeology of the Roman Near East, in ethnography, and in Greek textual criticism and palaeography were brought together in her book in Lucian. Her work on the Sibylline oracles concerned oracular literature and prophecy, both pagan and Judaeo-Christian, and her study of Dionysius Periegetes explores ancient geography and didactic poetry. In general she likes to find under-investigated authors and texts which can shed new light on the classical world, and tries to bridge areas too often studied separately. Her current project -- an edition and exegesis of the corpus of late antique astrological poetry that goes under the name of Manethon -- is, in her view, the one which is enabling her to fulfil these aims most excitingly.  When not among the stars she is most likely to be found thumbing a copy of Ulysses on a Greek ferry, in search of Proust in Père Lachaise, or of Schubert among the Ehrengräber in the Zentralfriedhof, Wien.