The Courtrai Chest was discovered around 1905 in the village of Stanton St John, a village largely owned by New College. Discovered by Warden Spooner on a Warden’s Progress, it was found in a barn of a College tenant where it was used as a feed bin. The chest is in 17th-century form, but the carved front is probably Flemish, and dates from the 14th century.

The carving illustrates scenes from the Battle of the Golden Spurs fought in Courtrai, Flanders, on 11 July 1302. The battle was, in fact, a citizens’ uprising against the French king who had annexed Flanders some years before. The battle secured an unexpected victory for the Flemish artisan footmen against the army of French knights.

The chest is currently out on loan with the 1302 Kortrijk Museum where it features in an exhibition to mark the 720th anniversary of the Battle of the Golden Spurs. 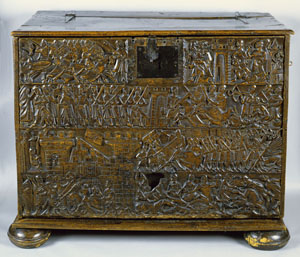 The Hylle Jewel in the form of a crowned Lombardic initial M was gifted to College in 1455 by the Hylle family of Winchester. This silver gilt ornament - showing the annunciation - set with a diamond, rubies, emeralds and pearls, is thought to date back to 1350 and its craftsmanship is remarkable.

The Jewel featured in an exhibition documenting the life of Wenceslaus IV and his court, through the gothic style art of the time. The exhibition, held in Prague, also commemorated the 600th anniversary of his death (1361-1419).

In addition to displaying the College’s Hylle Jewel, the exhibition included an eclectic mix of ostensoria, reliquaries, tiles, burial gowns, manuscripts, the Humboldt University’s mace, a drinking horn from Dresden and a unique saddle from the Metropolitan Museum of Art in New York.

The exhibition - Wenceslaus IV, King of Bohemia and of the Romans: The Beautiful Style around 1400 – ran from August – November 2019. 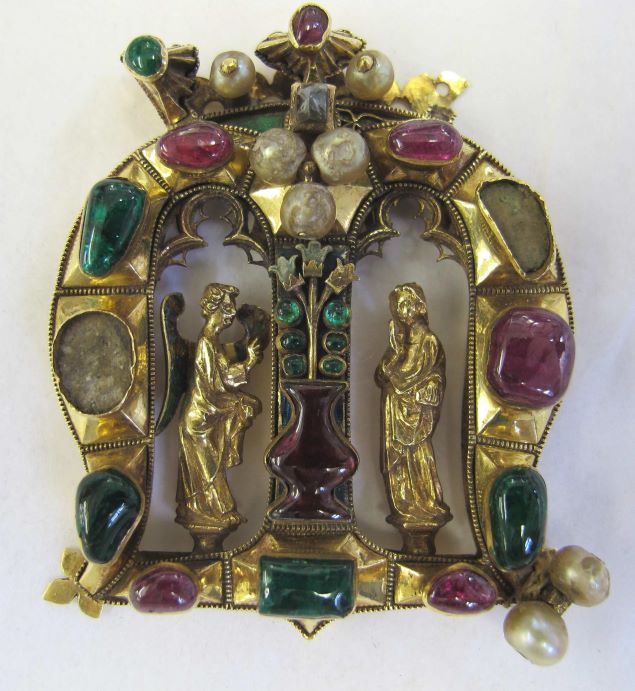 Robert Colquhoun’s The Spectators has been a part of the College’s Junior Common Room collection since 1960 and recent information suggests that it was painted c 1947. The two spectators are thought to be self-portraits of Robert Colquhoun and Robert MacBryde, so its inclusion in a recent major retrospective dedicated to the work of both artists at the Scottish National Gallery of Modern Art was particularly resonant. 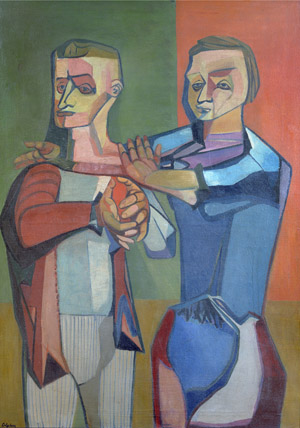 Richard Woods’ ambitious NewBUILD installation at New College was created in 2005 and remained in place for several months. This was his first major outdoor work in this country and the project was one of several installations to use ‘red brick’ cladding made of wood to encase buildings, designed to change our perceptions of structure. The building used in New College was the 14th century Long Room and bath-house. The artist employed his trademark block printing system to create a super-sized red brick graphic over the Cotswold stone exterior. The ‘Lego’ effect that this produced stood out in stark contrast to the more traditional medieval architecture that surrounded it, and succeeded in creating debate and dividing opinion. It is true to say that no one remained neutral to the project.

White Square featured in the touring exhibition of William Gear's work, held at the Towner Art Gallery in Eastbourne and the City Art Centre in Edinburgh, to mark the centenary of his birth. The exhibition showcased around 100 pieces of his works of art, and highlighted his development of style from the 1930s through to the 1960s and beyond. White Square, an abstract piece, is part of the College's JCR collection. 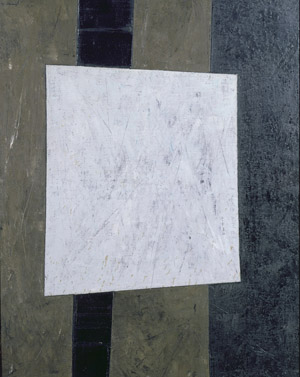 Both Newfoundland and Creation Myth were loaned to the Imperial War Museum North for an exhibition of Wyndham Lewis's work - the first retrospective to be held in the UK for almost 40 years. The exhibition was held to coincide with the 60th anniversary of his death, and 100 years after his commission as an official war artist in 1917, and it was part of the IWM North's First World War Centenary programme.

Both paintings were gifted to College in 1953 by Professor and Mrs Russ in memory of their son Charles Rupert Russ, an undergraduate member of the College from 1938-40, who died in active service in 1944, aged just 24. They are part of the College's JCR collection 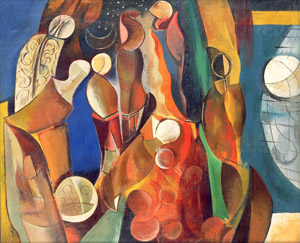 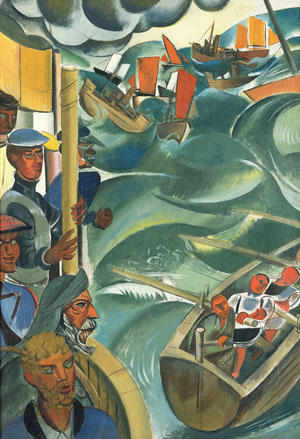 These two prints were recently exhibited as part of the retrospective on Mary Fedden which was held in the Pembroke College JCR Art Gallery. Julian Trevelyan's inclusion, alongside works by John Piper, Mary Newcombe and John Minton formed a visual explanation of how these artists influenced and inspired Mary's own work. Both aquatint prints are part of the College's JCR (lending) collection. 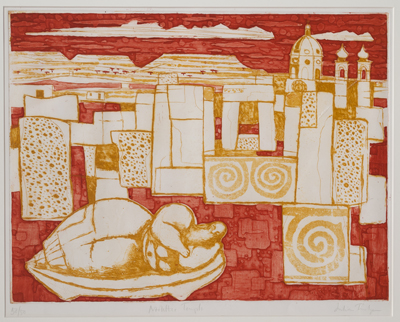 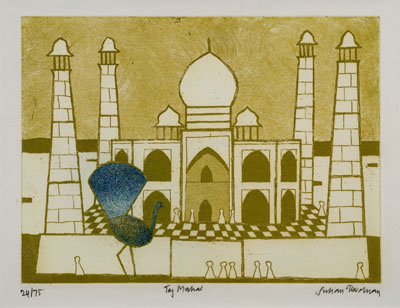 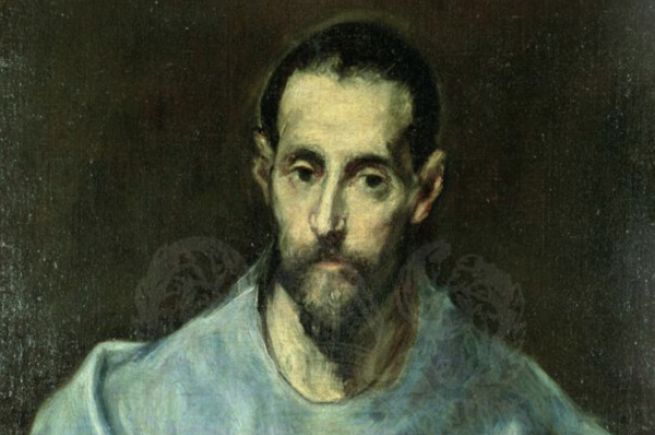