In 1957, as the Cold War loomed, plans were made for an emergency underground shelter from which the UK Government could continue to run the country in the event of nuclear war. Previously a mine near Oxford, a massive underground city was constructed with the intention of accommodating military and civil service staff including the Prime Minister and cabinet. The complex was never finished and was largely abandoned in the 90s.

But what does this have to do with robots?

We are interested in sending robots into dark, dirty and dangerous places where we wouldn’t want to send humans. This could be for routine inspection of mines and sewers or for dangerous rescue operations in nuclear power plants. The Dynamic Robot Systems lab of the Oxford Robotics Institute is competing in the DARPA SubT challenge - a three year international robotics competition with millions of dollars in prize money for the team that can best explore various subterranean environments. The team includes New College DPhil student Russell Buchanan under guidance of Dr. Maurice Fallon. 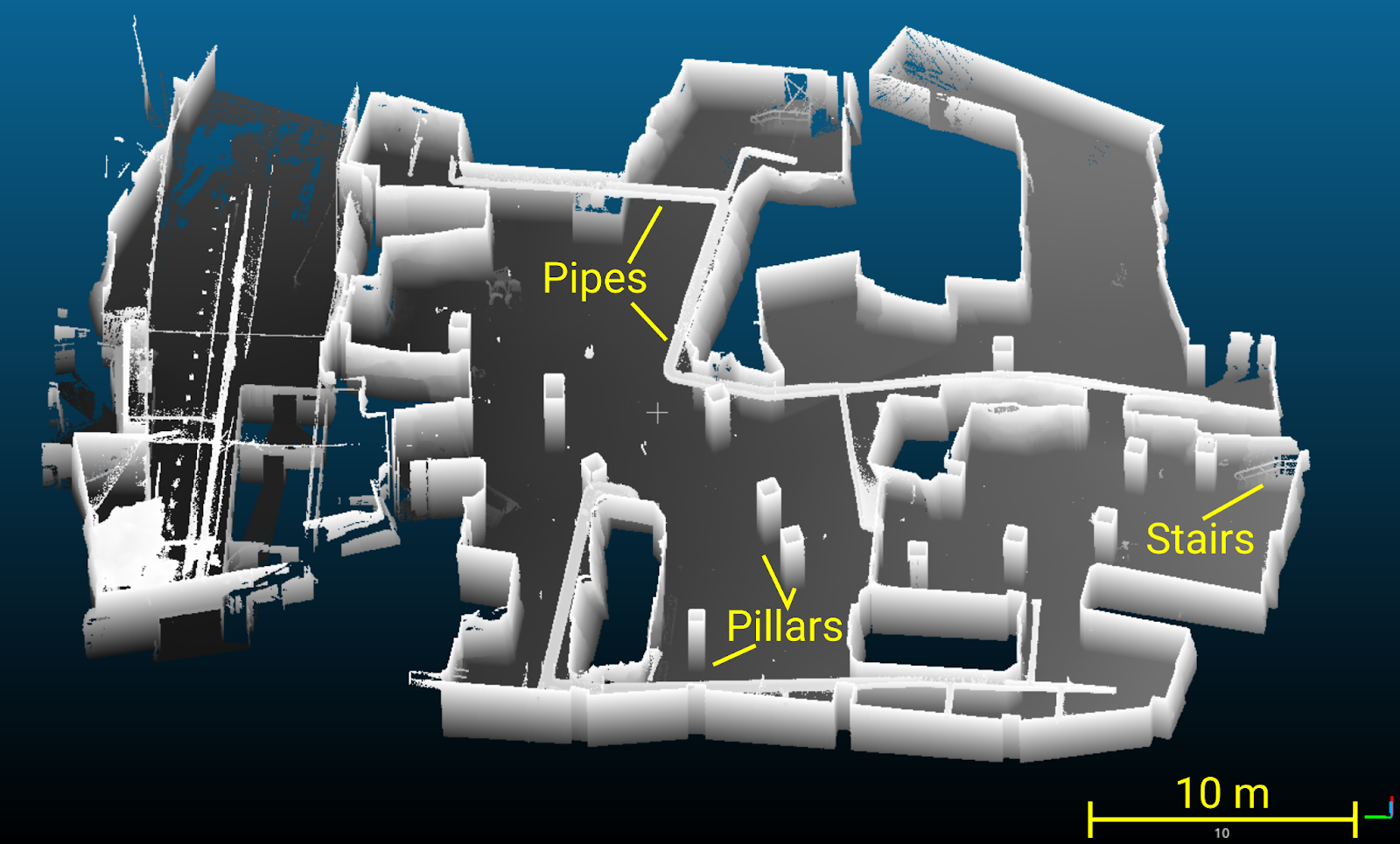 The facility is part mine, part urban subterranean infrastructure. This environment presents an excellent opportunity to test our robotic exploration and mapping algorithms in realistic situations and prepare for the final competition event in October.

We are using our four-legged ANYmal robot called Coyote to explore and map a section of the facility. The robot uses a laser scanner to detect obstacles. A 3D map is then built as the robot walks through corridors and into rooms giving us the image above. Coyote also explores the space autonomously. By analyzing holes in the map, “frontiers” of unmapped sections of rooms are detected. The robot then automatically plans a path and walks towards these map frontiers to fill the holes in the map. With this system Coyote will be able to autonomously explore massive underground areas and produce high quality maps.

Some of our relevant work on mapping and subterranean navigation: