Congratulations to New College alumna Ellie Blamires - a member of Ensemble Renard which has been awarded a Chamber Music Fellowship at the Royal Academy of Music for 2021/22, the Academy's bicentenary year. 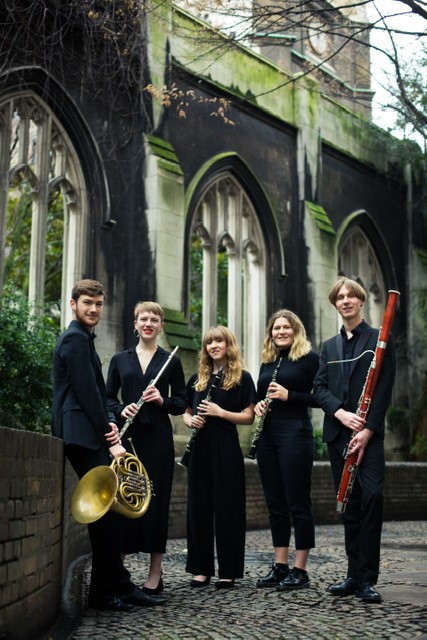 Ensemble Renard is a wind ensemble comprising recent alumni of the Royal Academy of Music and the Guildhall School. They quickly gained prominence when they won the Academy's Nicholas Blake Prize after just three months of playing together. Much of their work thus far has centred on performing new music for wind ensemble, and 2019 saw them collaborate with composers including John Woolrich and Hans Abrahamsen. As the Academy's chamber music fellows, they will give masterclasses, perform recitals, and work with Academy students and fellows on a broad range of repertoire, while maintaining a busy performing schedule across the country.