New College has marked the line of the city's Civil War ramparts with a commemorative plaque.

As part of the College's new Clore Music Studios on Mansfield Road, the site of some remaining sections of these 17th century ramparts, have been exposed and brought to the attention of the public passing along the pavement.

A plaque, pictured below, has been installed by the pavement to highlight the ramparts to passers-by, and was unveiled by the Lord Mayor of Oxford on 30th April.

Oxford played an important part in the English Civil War of the 1640s. It was selected as the Royalist capital and University colleges housed the King, the Queen and the Privy Council. New College's famous Cloisters and Bell Tower were used as a munitions store for the Royalist foces. As such, the city was frequently under siege from Parliamentarian armies, and earthen ramparts were built to aid in the city's defence, inspired by advanced views of military architecture.

"The earthen ramparts built under the orders of Charles I in the Civil War are a forgotten part of Oxford's heritage. Thanks to a fruitful partnership with the City of Oxford's archaeologists we are delighted to be able to highlight them in this way, and contribute to a sense of the City's public history."

"Centuries of history link New College with the Mayoralty and the civic administration of the City of Oxford. With the triennial inspection of the City Walls we have a joint interest in the preservation of the historic fabric of the city. As Lord Mayor and Heritage Champion for the City it is a privilege for me to mark another point in both the City’s and College’s history, celebrating the unveiling of a plaque marking the line of the ramparts built to defend the City during the Civil Wars. This plaque is a reminder to the public and students alike, of New College’s rich past juxtaposed on the exciting future held within the new facilities of the Clore Music Studios." 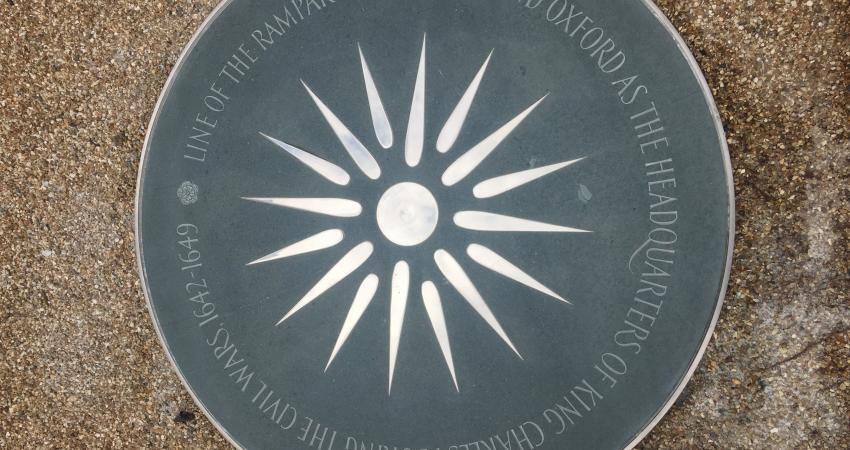 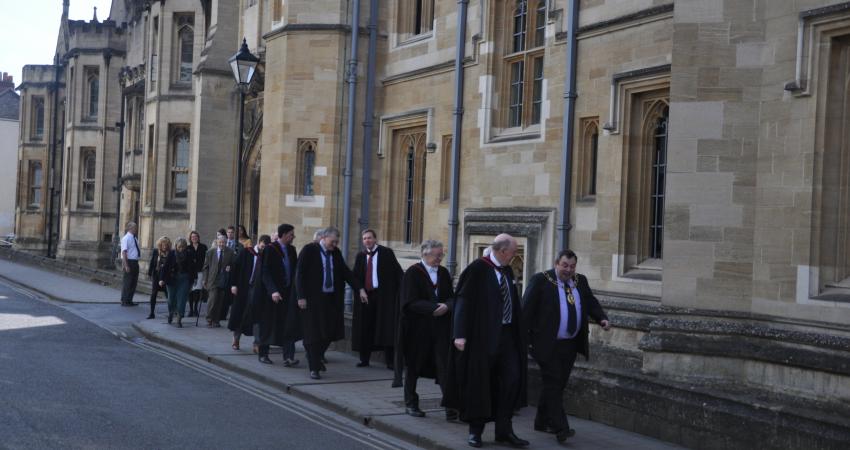 Procession from College to plaque 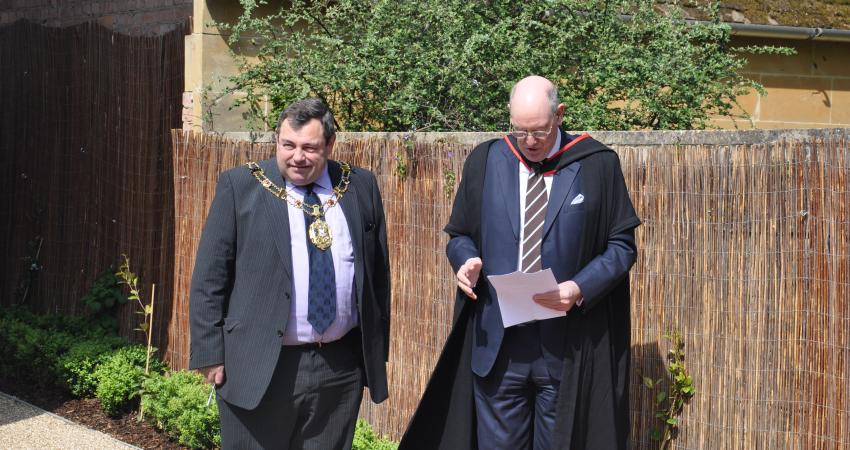 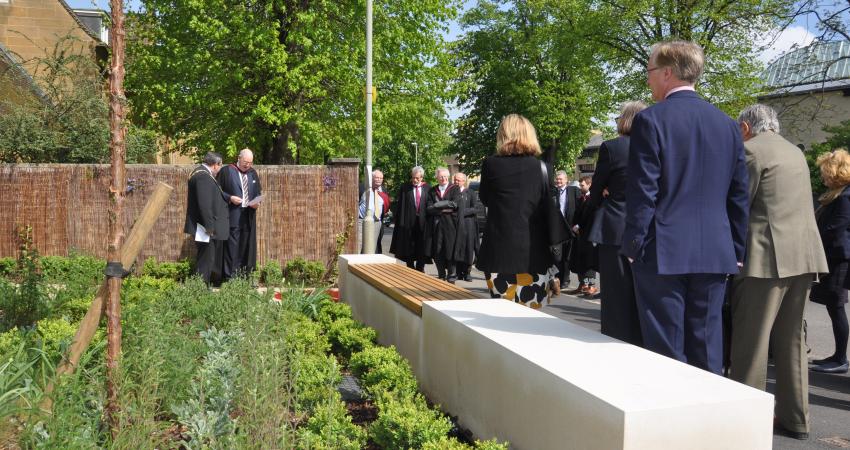 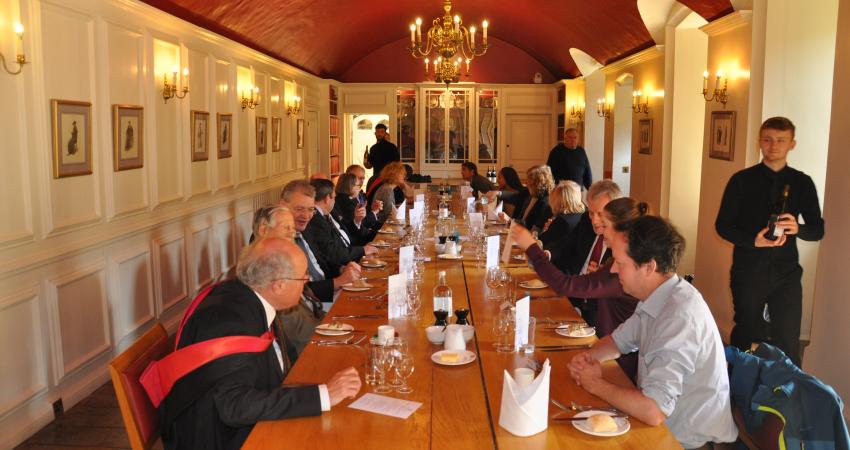