On Friday evening, we hosted the launch reception of the ARVO PÄRT...and a Littlemore festival, organised by Music at Oxford.

Speeches were given by the Warden, the Ambassador, and the Artistic and Executive Director of Music at Oxford.

In welcoming guests from Estonia, including the Estonian Ambassador, His Excellency Viljar Lubi, the Warden reflected that 1379, the year of New College’s foundation, was the period when William of Wykeham’s exact contemporary, Bishop Dietrich III of Tartu, the Ambassador’s home town, was seeking protection from Richard II of England to whom Wykeham was acting as councillor. As then, so now Estonia is an ally valued for many reasons, not least for its cultural vibrancy. In that respect, the name of Arvo Pärt was particularly resonant.

Attendees then went from the reception at New College to the opening concert of the festival - Da Pacem Domine, performed by the Grammy award-winning Estonian Philharmonic Choir at Christ Church Cathedral. 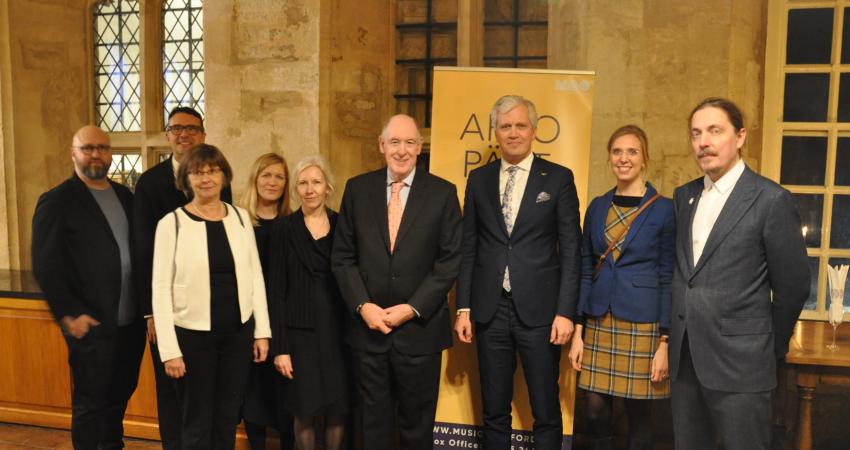 The Warden with the Estonian delegation, including H.E. Mr Viljar Lubi, Ambassador of Estonia 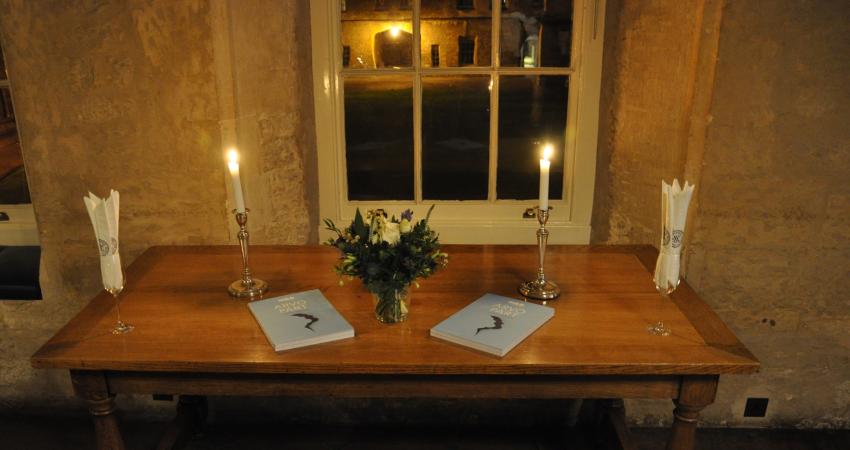 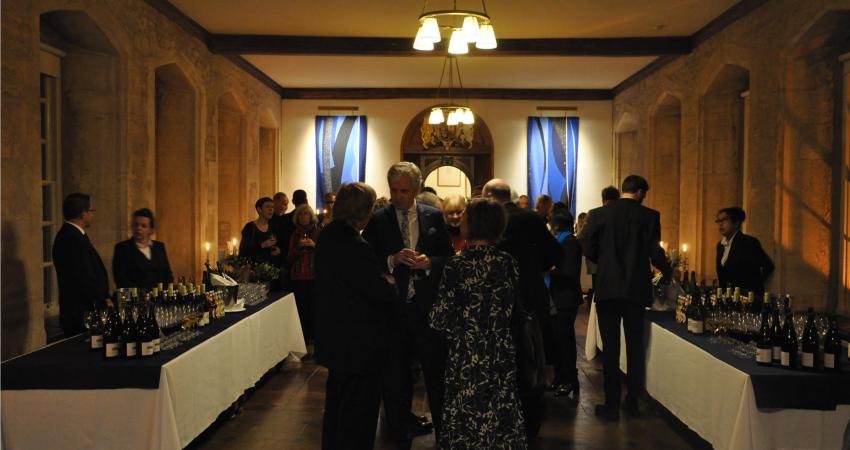 The drinks reception in the Founder's Library 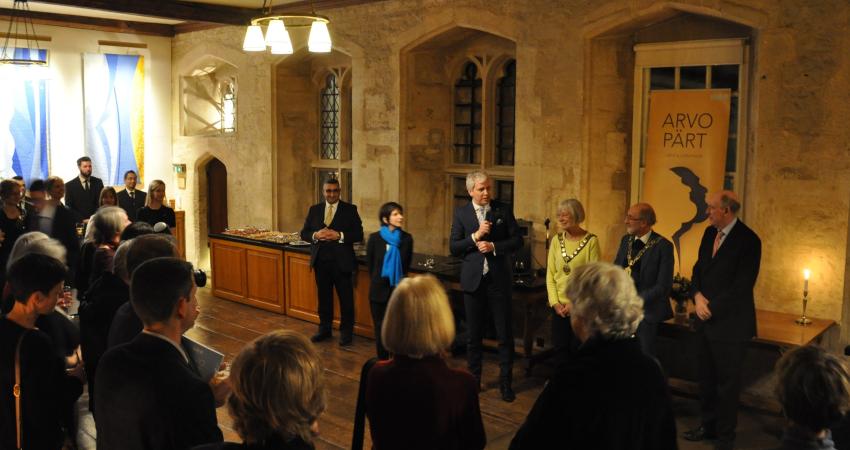 Speeches were made by the Warden, the Ambassador, and the Artistic and Executive Director of Music at Oxford 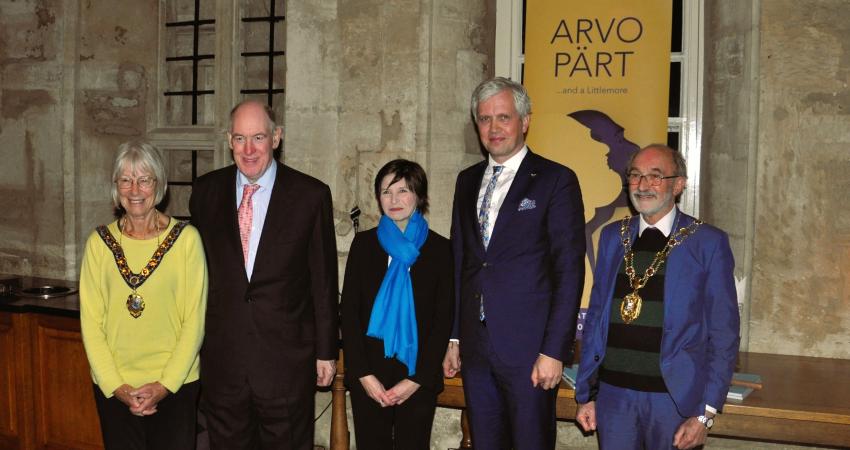 The Choir of New College will perform a Festival Evensong placing the sacred music of Arvo Pärt in its liturgical context. Partly inspired by Gregorian chant, Pärt has composed a large number of works for choir over the years, many of which are based on his 'tintinnabuli' method.

Pärt's Beatitudes is one of the first works by the composer to use the English language, and is based on the text from Jesus's Sermon on the Mount. It was premiered in 1990 in Berlin's Nathanielkirche. The radiant organ voluntary is by Pärt's close friend Tõnu Kõrvits and was premiered in 2014 at the Tallinn International Organ Festival.

Hymn to the Blue Sky

Originally conceived to celebrate the composer’s 85th birthday in 2020, this will be the largest UK festival of his music to date, right here in Oxford, in collaboration with the Estonian Embassy in London, Arvo Pärt Centre and TORCH. The festival will celebrate Arvo Pärt’s significant contribution and legacy through music, film and talks, embracing a variety of artists to explore his work and influence, including the Estonian Philharmonic Chamber Choir, O/Modernt and the Raschèr Saxophone Quartet among many others.

Find out more about the ARVO PÄRT...and a Littlemore festival. 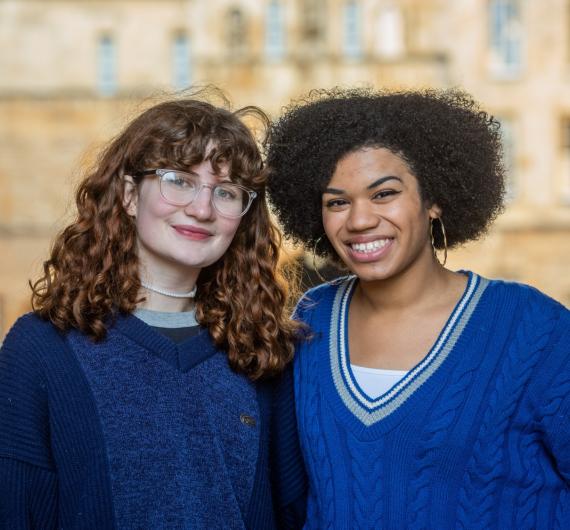 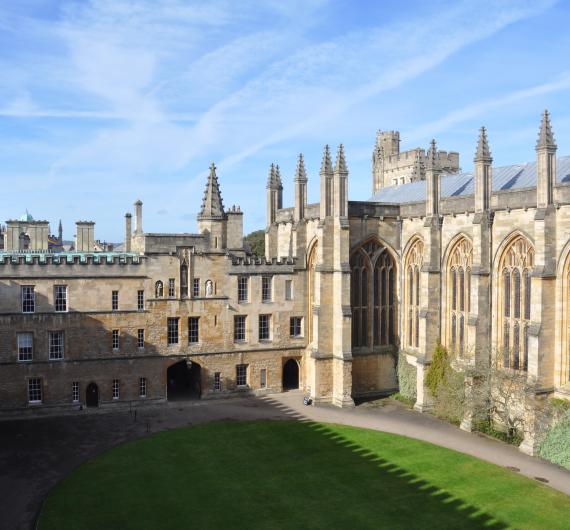 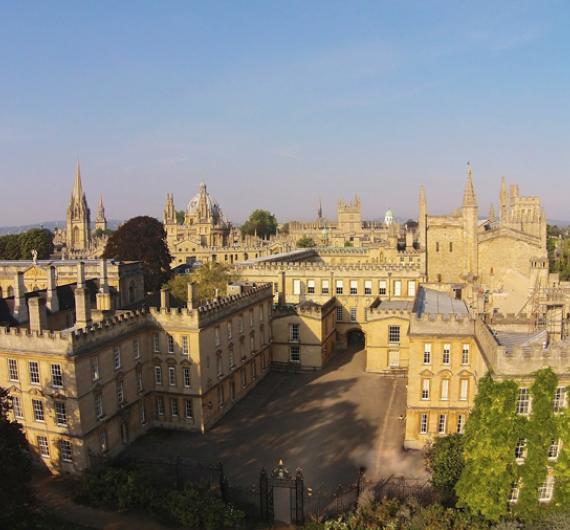