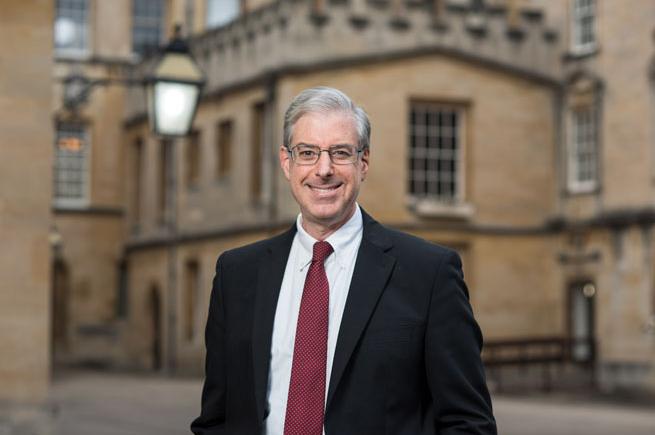 Steven took degrees in mathematics and physics from the Massachusetts Institute of Technology and his PhD from the University of California, Berkeley. Following postdoctoral appointments at MIT and Princeton University, he joined the Astronomy Department at the University of Virginia in 1985. In 2004, he moved to the Ecole Normale Supérieure de Paris as Professeur des Universités, where he remained until accepting the Savilian Chair of Astronomy at Oxford University in 2012.

Steven has taught courses in astronomy and astrophysics at all levels. At Oxford, he gives a lecture course on general relativity, as well as supervising students and postdoctoral researcher fellows.

Steven is a theoretical astrophysicist with interests in gasdynamical processes. His best known work, with colleague J. Hawley, elucidated what is now known as the magnetorotational instability, or MRI, which has become central to our understanding of how gas is drawn into black holes.

He has also made contributions to the theory of thermal processes in magnetized dilute plasmas and to gravitational instability in the interstellar medium. His most recent efforts have focused on a theory for the Sun's internal rotation profile as revealed by helioseismology observations.

Steven is a member of the US National Academy of Sciences.