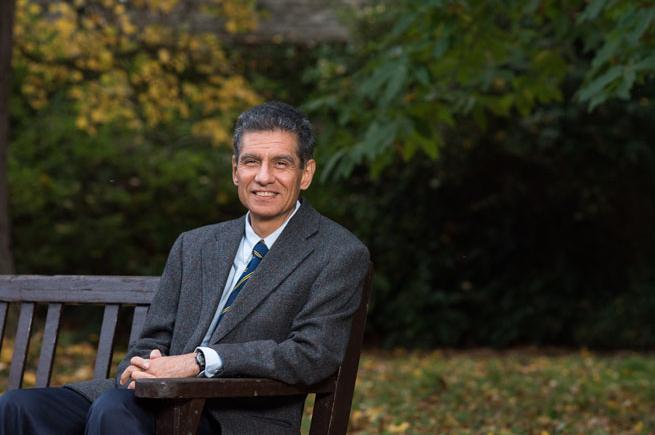 René has a Bachelors degree in Chemical Engineering from the Universidad Nacional Autónoma de México (UNAM).  He then studied in Carnegie Mellon University where he obtained both a Master and a PhD degrees in Chemical Engineering.  Upon completion of his studies he worked for various academic institutions including the Instituto de Investigaciones Eléctricas, the Facultad de Química (UNAM) and the University of Edinburgh.
He has been associated to the Department of Engineering Science (as a Reader) and to New College (as a Fellow) since 2003.

René tutors first and second year Engineering students in the areas of Thermodynamics, Fluids, Mathematics, and Engineering and Society.

He is in charge of the Risk and Safety course for second year students, coordinates one of the Third Year Design projects, and lectures in the areas of Reactor Design and Chemical Process Design in the final years of the engineering degree.

His general research interest since 1980 has been on the application of Computer Science techniques to Engineering, focusing on the use of Artificial Intelligence techniques in Chemical Engineering design, synthesis and diagnosis.
His current research interests are in the areas of development of computer-based support systems for the formulation of policies related to transport, energy and water.