A collaboration of students and teachers, present and past, from New College and Winchester College, has just published this anthology of translations of a short-lived form of poetry written by students of those colleges in the Elizabethan and Jacobean periods – the pattern poem, composed in Latin or Greek to commemorate significant occasions. 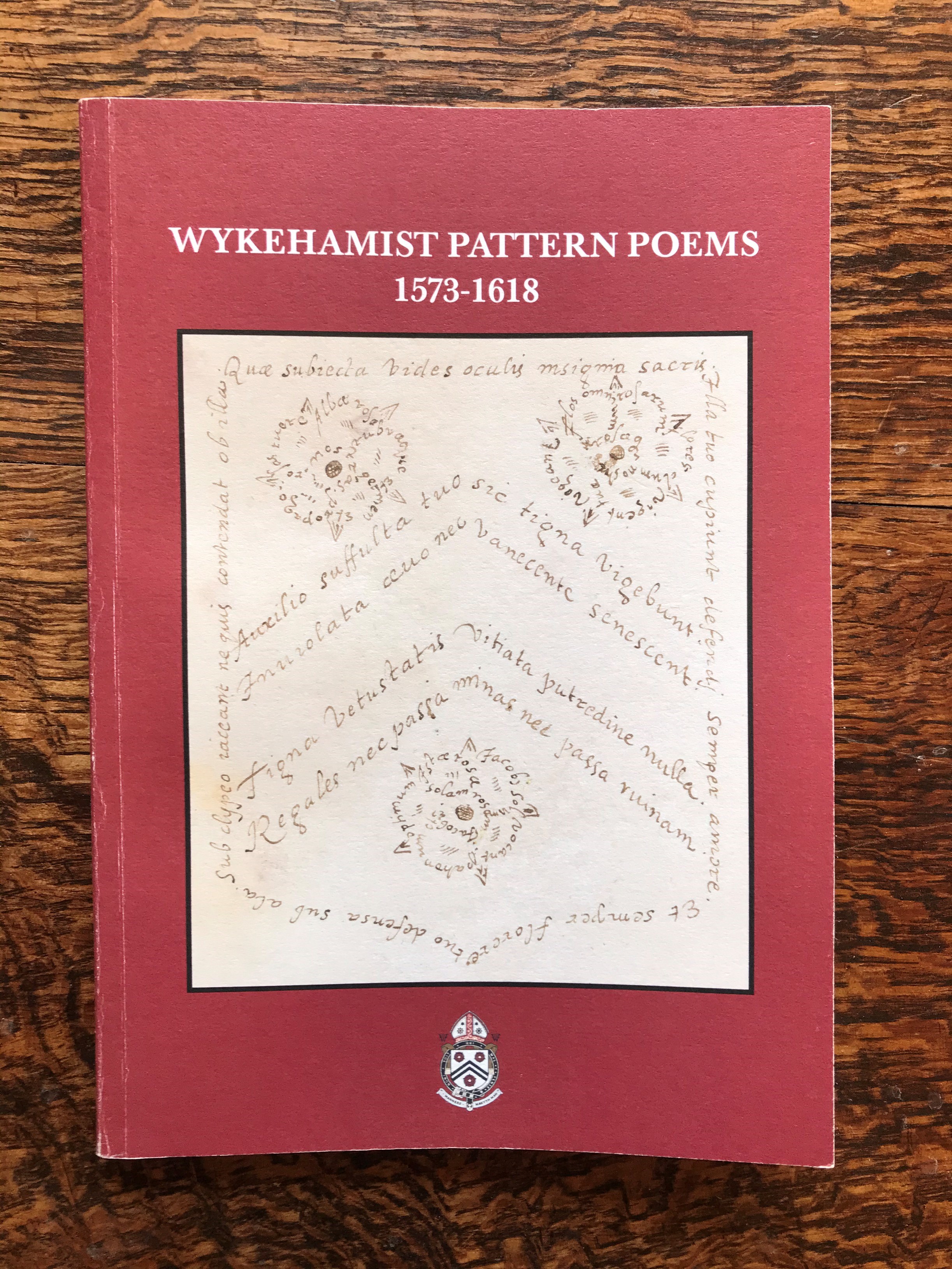 The trend was set in the 1570s by a student of Winchester and New College called Richard Willes, who brought back this kind of ‘art-play’ or ‘shaped poetry’ from the Continent. His examples were imitated by successive generations of Wykehamists well into the Jacobean period, when this kind of poetry gradually declined in popularity.

The examples published and translated here – including an altar, wings, a chalice, a harp, a book, a heart, an axe, panpipes, the colleges’ shared crest, and a bull and a lion locked in combat – have remained almost unnoticed until now, because it was all but impossible to print them using movable type at the time. So this little genre of poetry was forgotten, and has remained locked in a very few manuscripts, until now.