Through the generosity of former Salvesen Fellow Dr Mark Byford the library has recently been able to purchase a very rare first edition of perhaps the only New College play from the age of Shakespeare to survive in its entirety. This is The Sophister, by the Wykehamist and famous lawyer Richard Zouche (1590–1661). Zouche probably wrote this comedy as an undergraduate in around 1614, under the title Fallacy. It was later revised, and finally published anonymously as The Sophister in 1639. This is the quarto we have been fortunate enough to acquire.

The Sophister is an unusual play, of a kind we encounter in the universities in the period, but never on the popular London stage. For it is an example of the allegorising of the academic curriculum itself, here the subject of logic, and especially the idea of logical fallacy. In The Sophister, the characters of the comedy act out a plot about an illegitimate son seizing control of a kingdom from his father before himself being deposed, and order restored. Yet each character is named after a logical operation, ‘Fallacy’, for instance, being the villain of the piece, accompanied by his servant ‘Ambiguity’. Other characters are called things like ‘Definition’, ‘Division’, ‘Opposition’, ‘Contradiction’, and so on. The considerable art of the play lies in balancing the need for the plot to run smoothly as if a ‘normal’ play with the craft of making the characters talk and act as their names dictate.

The fact that the play exists in two versions - an earlier manuscript text, and a later printed revision - tends to suggest that the play was acted, and not merely a literary experiment. No evidence of this has survived in the college’s records, however - perhaps it is now time to perform it again? 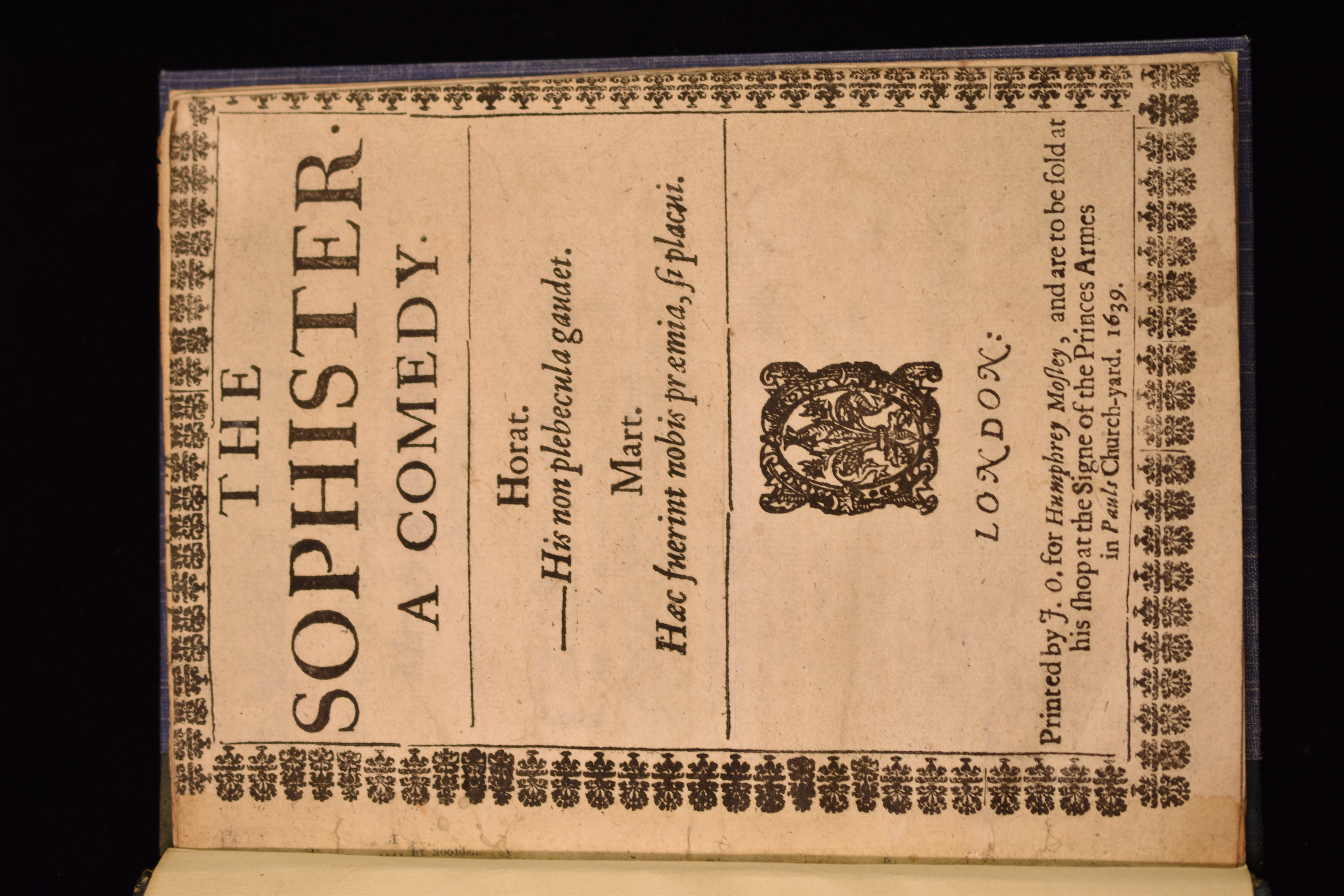 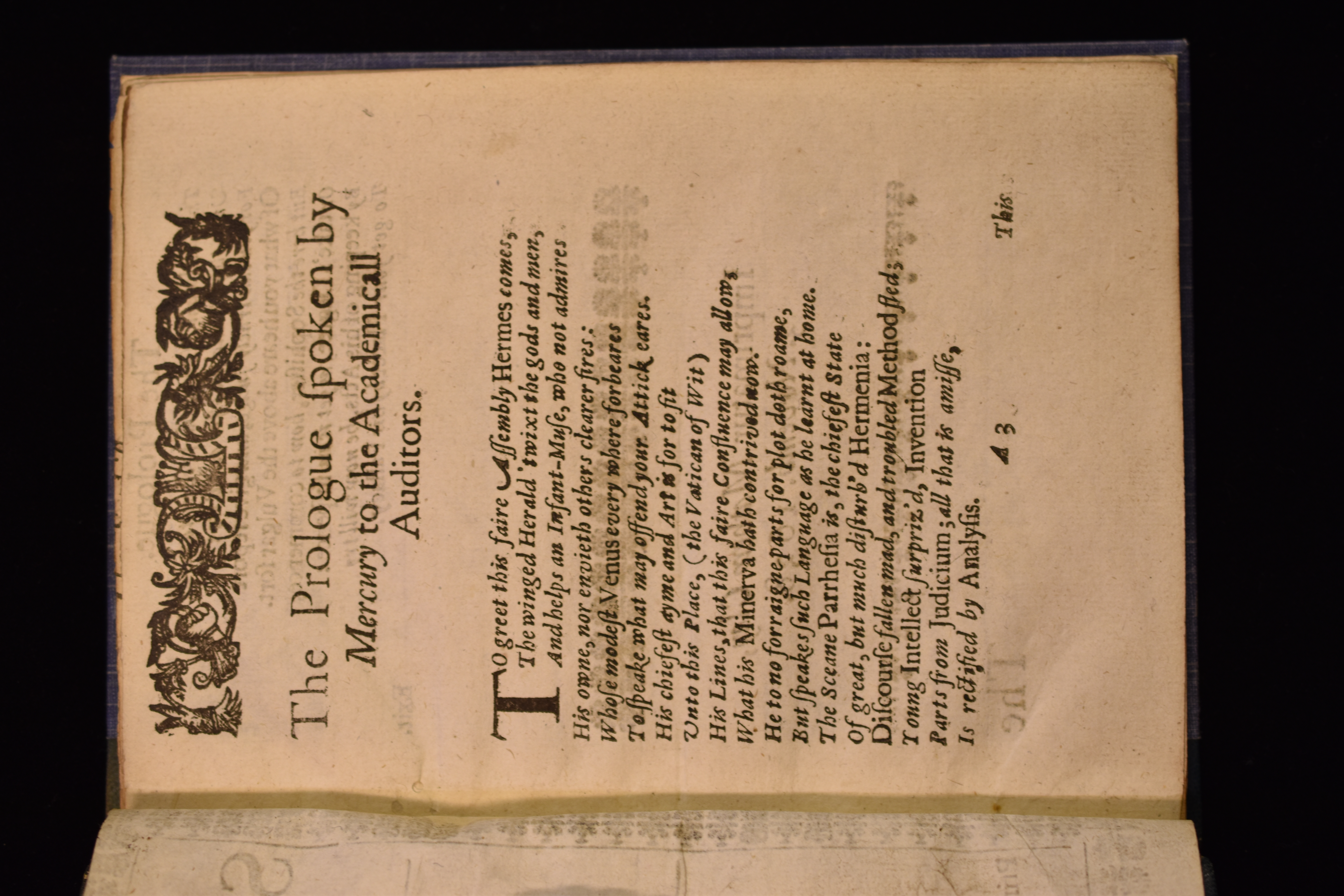 The first page of the prologue 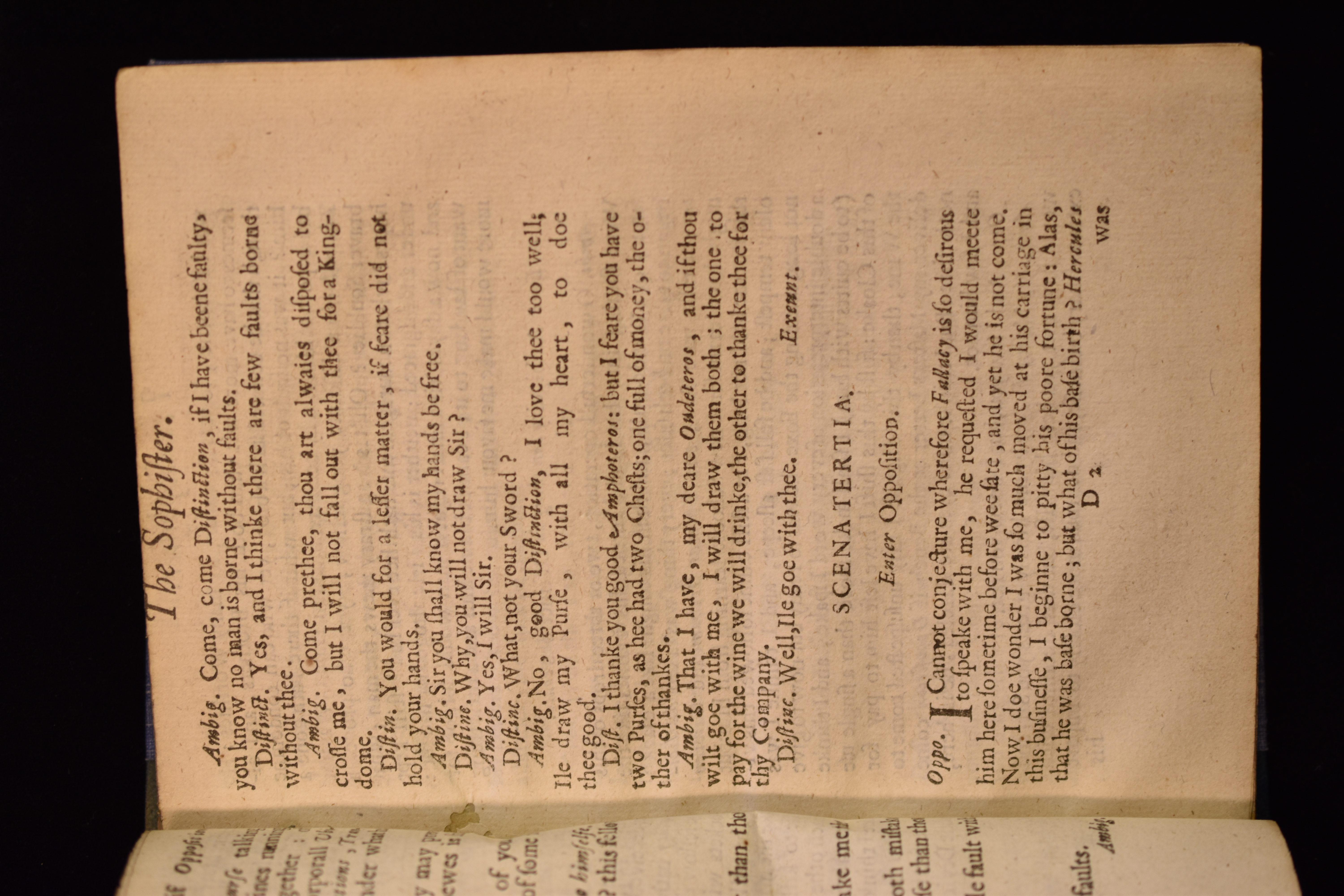 A page from The Sophister, starring 'Ambiguity' and 'Distinction'

Treasures and Chattels
View the gallery