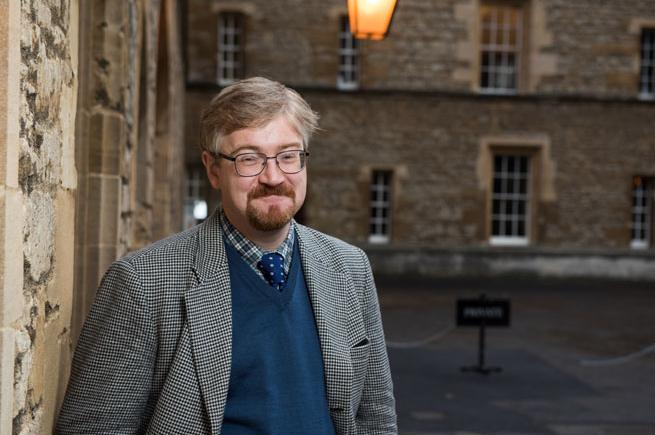 Tutorial Fellow in History
History
History and Economics
History and Politics
MA DPhil (Oxon)
alexander.morrison@new.ox.ac.uk
I work on the history of empire and of colonial warfare, focusing on Russian conquest and rule in nineteenth-century Central Asia. I spent part of my childhood in Moscow, and a spell teaching in India stimulated my interest in South Asian history, and that seems to be how I ended up studying the regions in between. Before arriving at New College in 2017 I worked in Kazakhstan, and I travel regularly to Russia and Central Asia for my research. I am currently writing a history of the Russian conquest of Central Asia, which spanned the period from the end of the Napoleonic Wars to the First World War, adding 1.5 million square miles of territory to the Russian empire, but which as yet has no dedicated study in English.
1997 – 2000 Undergraduate, Oriel College
2000 – 2007 Prize Fellow, All Souls College
2007 – 2013 Lecturer in Imperial History, University of Liverpool
2013 – 2017 Professor of History, Nazarbayev University, Astana, Kazakhstan
I am fond of cooking, cricket, cycling and walking, and I sing – especially Gregorian chant and Gilbert & Sullivan.
The Cloister is the single most beautiful spot in Oxford, and there is a lot of competition for that title!

All my publications can be found on my academia page:
https://oxford.academia.edu/AlexanderMorrison

I write occasional journalistic pieces for eurasianet.org, which can be found here:
https://eurasianet.org/people/alexander-morrison
Find a fellow