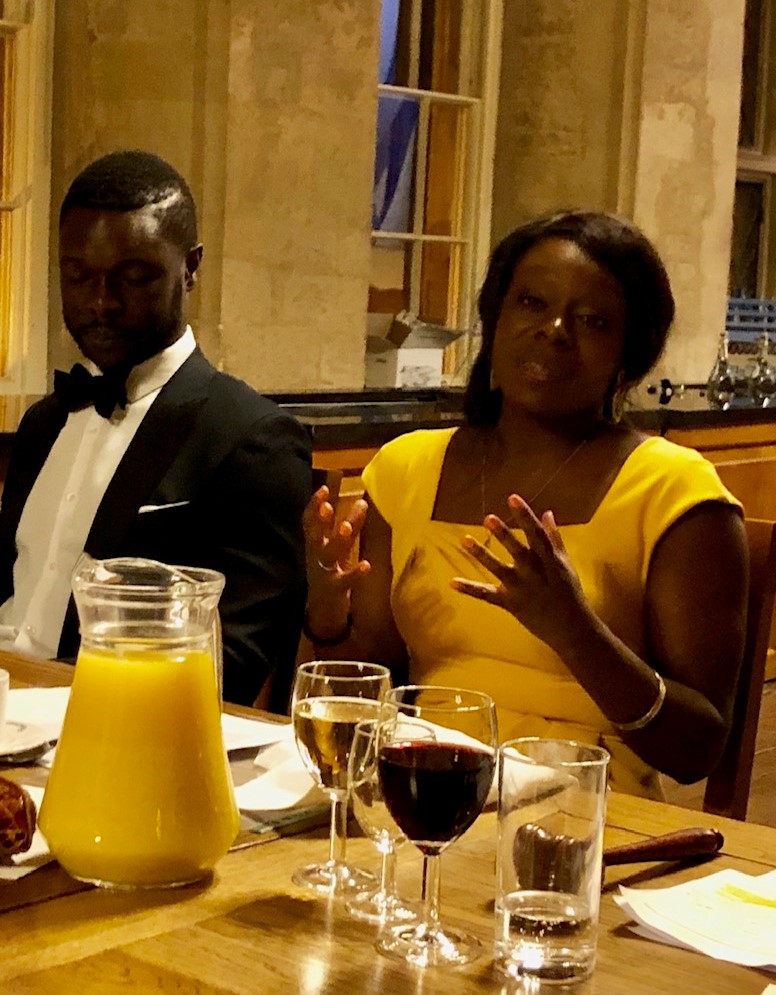 The Dinner was founded in 2017 as an annual celebration of the wonderful and diverse people associated with the College - among current students, Old Members, and staff.

Her speech touched not only on her own personal experience of being a student here at Oxford, and at New College, but also her observations of the progress that we are making with inclusivity both here at the University of Oxford and also in the TV and film industry (in which Grace now works).

"We are making our presence felt."

But the Dinner, and Grace's speech, are not only a celebration of the existing diversity within the College and the University, but also an acknowledgement of what still remains to be done. It is vitally important that we continue to strive for inclusivity - on an individual, institutional, and societal level.

"We still have a long way to go"

Formerly a Consultant in Addiction Psychiatrist working in North London, Grace studied pre-clinical medicine at Cambridge University before moving to Oxford to complete her clinical studies. Throughout her degree she wrote fiction and during her specialist registrar training she began writing TV Scripts. She was selected for the Channel 4 Screenwriting programme in 2017 and the same year, completed a writer’s apprenticeship with Carnival Films on their Jamestown TV Series. Later that year she began working with Idris Elba on a TV show based on his life growing up in East London. This became the award winning Sky TV Series, ‘In The Long Run’. Grace currently has a number of TV and film projects in development and she is an associate member of BAFTA. She is also working with the Wellcome Trust on an initiative to link scientists with creative artists across various mediums.