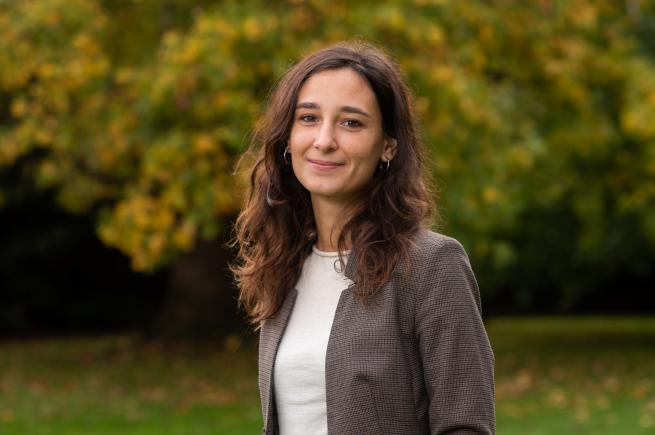 Vittoria Fallanca gained a degree in Philosophy at Cambridge before coming to Oxford to study Modern Languages for her master's and doctorate. She joined New College as Career Development Fellow after teaching positions at Oriel College and the School of Modern Languages at the University of Bristol.

Dr Fallanca is a scholar of the Renaissance period, specialising in the sixteenth century and particularly the work of Michel de Montaigne. Her first project looks at the workings of design ('dessein') in the Essais, uncovering the various uses to which Montaigne puts this term and, more broadly, what the concept of dessein reveals about the textual and authorial design of the Essais. Her second project, 'The Anterotic Lyric', will look at the uses of the mythological figure of Anteros in French Renaissance verse, with special attention to questions of subjectivity, gender, friendship, and poetic identity. A committed comparatist, her broader interests lie at the intersections of literature, philosophy and visual art.

Dr Fallanca is co-director of PERLEGO, an international network devoted to expanding critical discourse on text and image studies, and is involved with the 'Early Modern Keywords' project based at Durham University.