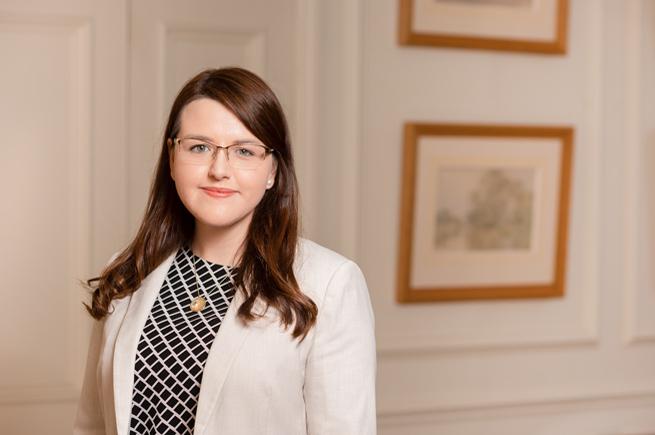 Sabine Schneider is the Rank-Manning Research Fellow at New College, and a member of the Management Committee of the Oxford Centre for Economic and Social History. Her research interests are in international economic history since 1800, and the diplomatic relations between Britain, Europe, and the United States.

Before joining Oxford, Sabine was a Supervisor of Studies and later Bye-Fellow in History at Fitzwilliam College, Cambridge, alongside lecturing for the Cambridge Faculty on the economic and political history of modern Europe. She completed her PhD and MPhil at the University of Cambridge, where she was awarded scholarships from the ESRC, St John’s College, and the Cambridge European Trust. Her PhD examined the creation and politics of the gold standard in Imperial Germany, drawing on new sources from over twenty European and US archives. Her MPhil on the Victorian gold standard lobby in Britain received a Mansergh Prize in History, and its research was supported by an Ellen McArthur scholarship and a Prize Studentship from the Joint-Centre for History & Economics at Cambridge and Harvard. She previously read for a BA in History at the University of Durham, where she was a Vice-Chancellor’s Scholar for Academic Excellence and recipient of the Thompson and History Dissertation Prizes. Her PhD was supervised by Professor Martin Daunton, to whose Festschrift she has recently contributed a chapter on Anglo-German economic rivalry in the decades before the First World War.

Sabine’s research is broadly concerned with the history of state-building, capital markets, and financial globalization. She is currently completing War, Finance & Diplomacy: Imperial Germany and the Politics of the International Gold Standard, 1834-1914. Her study examines the political economy of Germany’s path to monetary union, from the creation of the Zollverein in 1834 to the outbreak of the First World War. Based on collections from over twenty international archives, the book investigates Germany’s transition to a gold currency, and the reforms’ far-reaching impact on the country’s financial and trading relations with Britain and Europe. Archival research for War, Finance & Diplomacy has been supported by grants from the John Fell Fund at Oxford and the Economic History Society. Her second book project is a global history of gold standards, from their origins in Georgian Britain to the post-war transition to floating exchange rates.

Sabine coordinates the ECR Development Seminar at the Oxford Centre for Economic and Social History, and has a keen interest in the relevance of history to public policy. In 2020, she convened a seminar roundtable at New College on Central Banking and International Cooperation: Lessons from the Great Recession and the Covid-19 Crisis. Prior to joining Oxford, she co-organised a two-day conference at Cambridge on Credit, Currency & Commerce, which explored new directions for historical research into financial and monetary policy.

At Oxford and Cambridge, Sabine has taught for Prelims and Final Honours papers across modern European, British, and economic history. Her Faculty lectures at Cambridge have covered European political economy in the twentieth century, the Great Depression, post-war reconstruction, European integration since 1973, and the Financial Revolution in Britain. She also supervises for the Oxford MSc in Economic and Social History on topics in political economy, financial and monetary history.