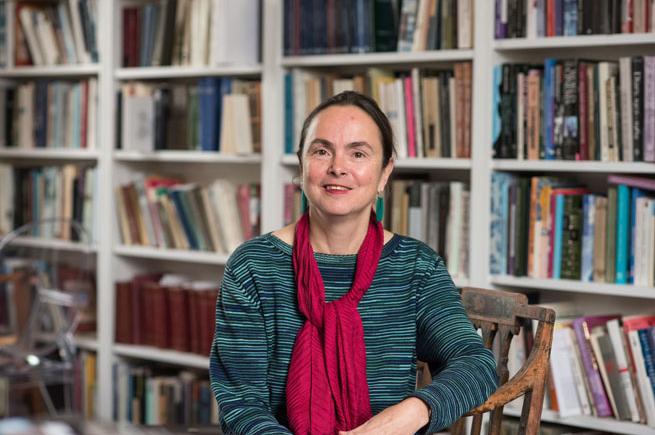 Tutor in Russian; Professor of Russian
Modern Languages
Russian
MA DPhil Oxf, FBA
catriona.kelly@new.ox.ac.uk
I first came across Russian books and music so early that I hardly realised they were Russian (Prokofiev’s Lieutenant Kizhe and Boris Artsybasheff’s illustrated edition of Russian folk tales, not to speak of Peter and the Wolf). But it was the BBC’s 20-week long adaptation of War and Peace for Radio 4 that really changed my life. When I reached my London secondary school, I was determined to study the subject, and being told it was a difficult language only increased that determination. I was lucky with my first Russian teacher, Tatiana Knupffer, thoroughly Russian, despite her surname. She was born in Moscow in 1913 and moved to Serbia after the Revolution, where she studied at a very traditional boarding school. Arriving in Britain to learn English at the rather unfortunate juncture of spring 1939, she ended up spending the rest of her life there and taught generations of Londoners to love the language and literature. I enjoyed studying Russian at Oxford, where there were also inspiring teachers (I particularly remember Anne Pennington, who died sadly early but had a remarkable range of interests). Equally important, though, was time spent in Russia, where, despite the Cold War, people did their best to make us feel welcome and I met friends that I am still in touch with. I visit Russia regularly, particularly St Petersburg, and value my close academic and personal contacts with people there.
I completed my BA at Oxford in 1982 and my D.Phil in 1985, and then held various appointments in Oxford and London before moving to a permanent job in New College in 1996. This is a very happy community, as well as a beautiful place, and I am delighted and honoured to be part of it.  Any free time I have is spent on walking in the remote West of Ireland, where we go for family holidays, exploring the obscurer parts of cities, both those that I know and ones that I don’t, and visiting any exhibitions and musical events that I can catch up with.

I have also published numerous translations of both prose and poetry, and have reviewed widely for the Times Literary Supplement, The Guardian, and other newspapers in the UK and elsewhere, as well as making frequent broadcasts on radio and TV.
Find a fellow