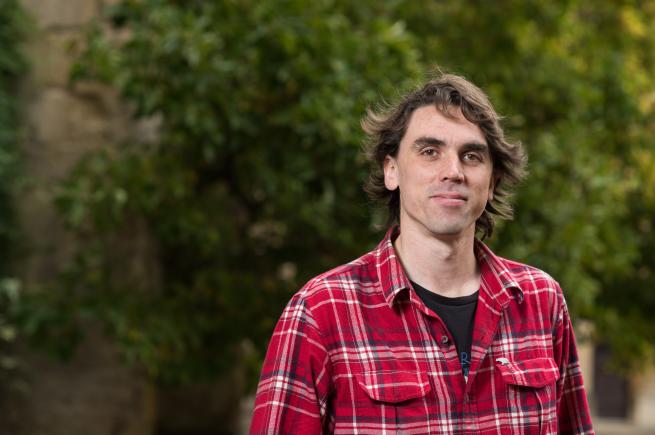 Astor Junior Research Fellow in Physics
Physics
MPhys (Oxon), MSc, PhD
felix.flicker@new.ox.ac.uk
I have intended to be a scientist for as long as I can remember, which is back to the age of about four. I think I liked the complicated-sounding words back then. When science got divided into three subjects at secondary school, I learnt my interest was specifically in physics. I prefer to specify that I'm a 'theoretical physicist', as the words sound more complicated.
- MPhys, St Catherine's College, Oxford, 2005-2010
- MSc, Perimeter Institute for Theoretical Physics, 2010-2011
- PhD, University of Bristol, 2011-2015
- Lindemann Trust Fellowship of the English-Speaking Union, University of California, Berkeley, 2015-2017
- Astor Junior Research Fellow, New College, 2017-present
My main non-academic interest is in teaching and learning Kung Fu (Seven Star Northern Praying Mantis), which I have been doing since I was fifteen. I recently learnt a weapons form based on using an umbrella, which I am particularly enjoying. I also play Bridge, practise Japanese calligraphy, and previously taught sailing. I take outreach work quite seriously, although I consider this part of the job (mainly so I don't feel guilty about taking time off to do it!).