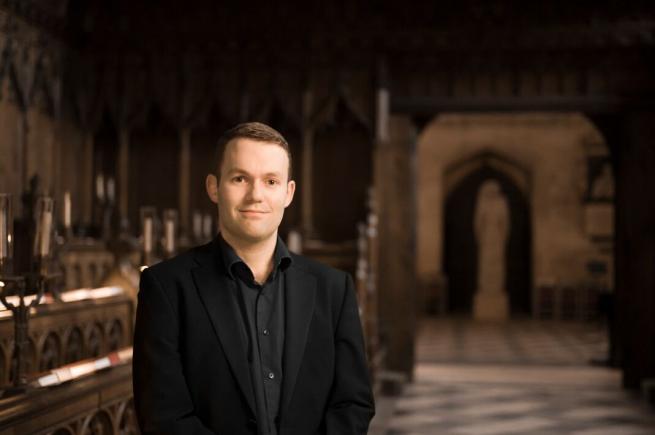 Timothy Wakerell has held the post of Assistant Organist at New College, Oxford since September 2014 where he accompanies the Chapel Choir in services, broadcasts and concerts.  Prior to this he was Sub-Organist of St Paul’s Cathedral between 2008 and 2014 and played for important services such as the Funeral of Baroness Thatcher and the Diamond Jubilee Service.  A prize-winning graduate of the Royal College of Music, Timothy also won Second Prize at the 2011 Carl Nielsen International Organ Competition in Odense, Denmark.  He has performed throughout the UK and abroad; recent venues include the Marienkirche, Berlin, St Augustin, Paris and St Paul’s Cathedral.  In 2014 Timothy completed the premiere recording of the 2012 William Drake Organ in the OBE Chapel of St Paul’s Cathedral (Priory Records) which features works by J.S. Bach, Buxtehude, Saint-Saëns and Sweelinck.