Congratulations to The Western Front Way on the placement of their plaques on each of the first 10 steps of the route (and some more besides!)

The Western Front Way is a free walking and cycling route along the WWI Western Front. It stretches over 1000km, from Switzerland to the Belgian coast.

The idea was initially proposed in 1915 by a New College Old Member while serving in WWI. 2nd Lieutenant Alexander Douglas Gillespie of the Argyll & Sutherland Highlanders wrote a letter home from the front line to tell of his vision of ‘a via sacra’ (a sacred road), a route for peace between the lines;

“when peace comes, our government might combine with the French government to make one long avenue between the lines from the Vosges to the sea….I would make a fine broad road in the ‘No-Mans Land’ between the lines, with paths for pilgrims on foot and plant trees for shade and fruit trees, so that the soil should not altogether be waste. Then I would like to send every man, woman and child in Western Europe on a pilgrimage along that Via Sacra so that they might think and learn what war means from the silent witnesses on either side.”

The letter was rediscovered in 2015 by Sir Anthony Seldon, who set about developing the idea which is now becoming a reality. 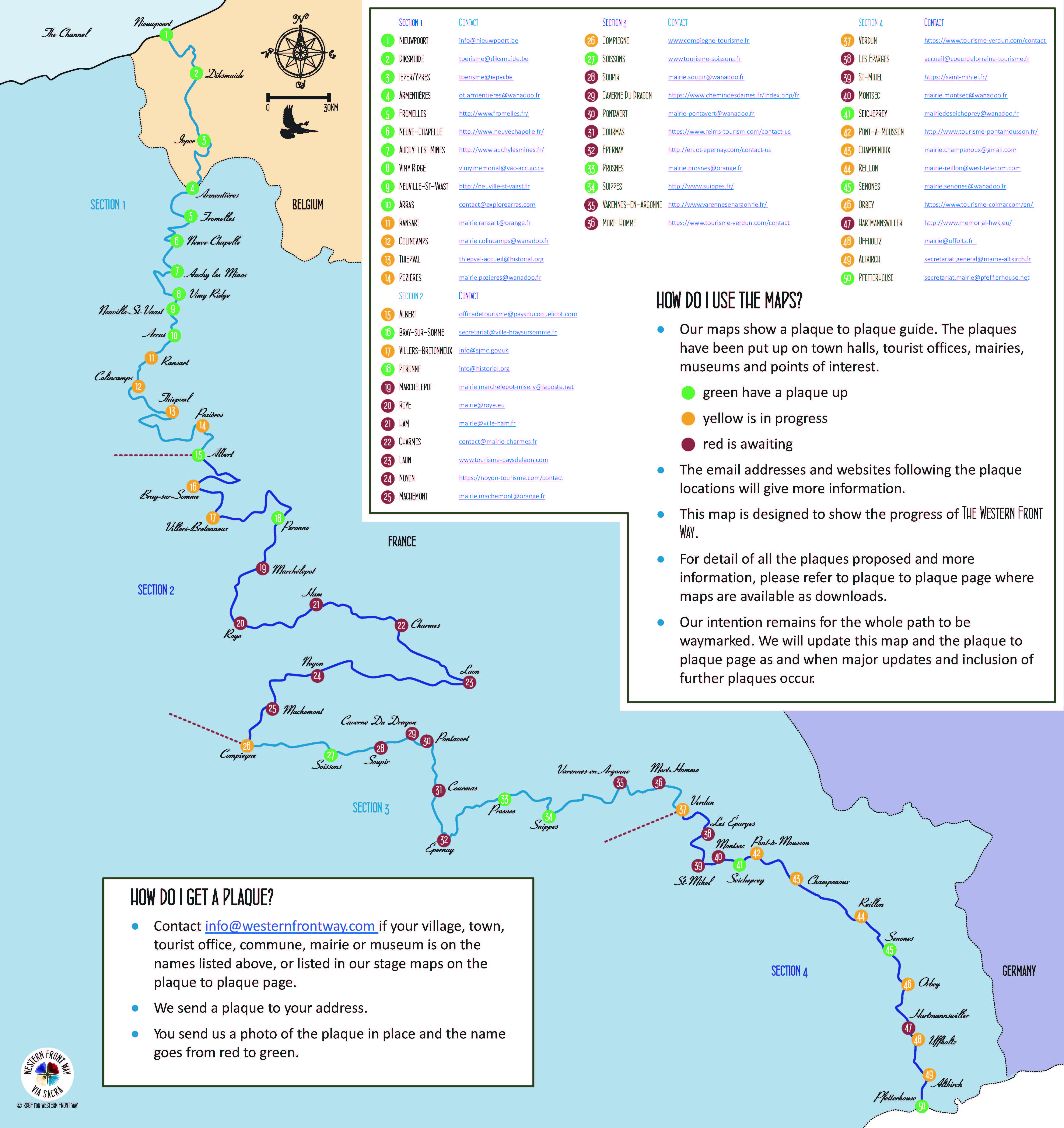