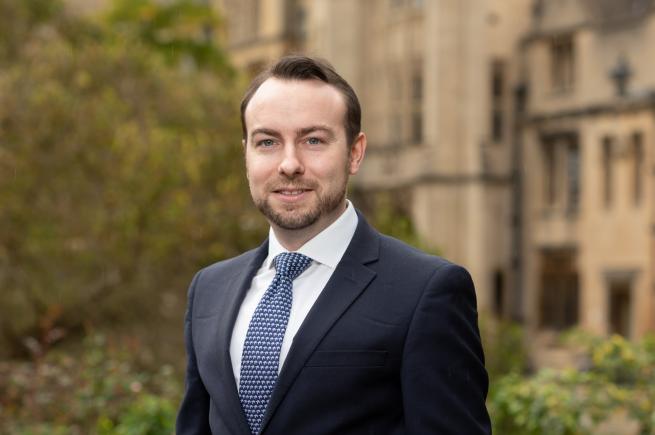 Ben completed his BA (Hons) at the University of Ottawa with a specialisation in History and a minor in Philosophy, after which he continued at the same institution for an MA, completing a second-year dissertation on the influence of imperial crises upon British party politics and political ideology in the age of the American Revolution. After working for a year as a legislative assistant to an MP in the Canadian House of Commons, Ben moved to Cambridge as a Cambridge Trust Scholar and SSHRC Doctoral Fellow to pursue a PhD at Christ's College. His thesis examined the reciprocal political and constitutional relationship between the East India Company and the British state in the formative early decades of British territorial dominion in Bengal. Ben joined New College in October 2019.

Ben has lectured and given tutorials on modern British political history in the eighteenth and nineteenth centuries and historical methodology at Cambridge.

Ben's research interests are in British politics, law, and empire in the 'long' eighteenth century (1688-1832). He has written and published on diverse contexts within the British Empire, including newspaper publishing and persecution in early colonial Calcutta, on intra-imperial politics in the prelude to Canadian Confederation in 1867, and on constitutional politics, intrigue, and rumour in mid-eighteenth century Britain. His current project involves drawing many of these strands of British and imperial politics together into a political biography of Charles Jenkinson, 1st Earl of Liverpool (1729-1808).